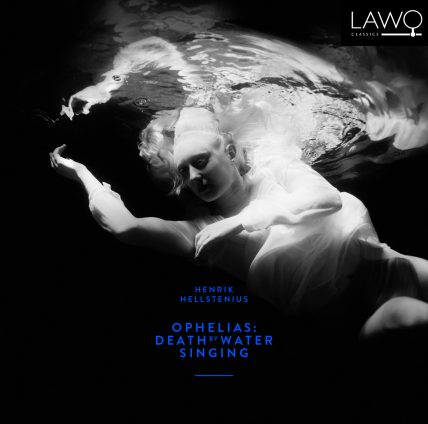 IDA HABBESTAD: THE DISINTEGRATION OF OPHELIA

With this work, librettist Cecilie Løveid has taken the Danish myth of Hamlet and the Shakespeare play of the same name and virtually removed most of the men. She has also done away with many of the words. Shakespeare’s deep and strongly expressive brooder has become a rather stuttering figure, with a fragility that is underscored in the music. Hamlet is in a borderline state, perhaps between adolescence and adulthood, perhaps between the parts of his consciousness.

Composer Henrik Hellstenius provides Hamlet with a wide scope of vocal articulation.The Prince’s voice traverses the full range, with rapid shifts from child-like melodies through to recitatives and booming, resonant timbres. This also renders him unstable. With Hamlet’s words fewer and his vocal register broader, it reduces and it complicates the character even further. Such a connection between words and sounds can be seen as an extension of both forms of expression, neither emphasising nor confirming each other.

A lot of this is about making waves. Where Hamlet’s all embracing «To be or not to be» points right into the core of our existence, Ophelia’s question «Am I a mouse?» is more taboo and subtle. Her question becomes somewhat more naive when the accompanying musical expression echoes that of a children’s song. The musical nuances bring forward her self-denial and animalism. Ophelia vacillates between relative lucidity and madness. With focus on Ophelia, right from the start when she is standing in the river singing, the opera goes further than the mere to be or not to be question, touching on what one is, and for whom.

It is as if a scrapbook is the basis for this work, one that collects art, postcards and clippings from newspapers and arranges them together between the explicit and implicit, the venerated art forms with the more vulgar, and of pastel colours with strong vivid colours. It is these images I see that lead me through my first encounter with the sounds that the composer creates around Ophelia, sounds that are clearly inspired by water. The sound moves along like a rolling wave. It wants to be visual, as if it were an image in a scrapbook.

When I first meet the forest nymphs and the way they behave, I am reminded of images from weekly gossip magazines. These Woodmaidens are also animal-like, snatching, teasing and cajoling around Ophelia. The nymphs move in impulses, where abrupt single utterances from each of them form the words and sentences. The ensemble pulsates under a multitude of technical terms. Marcato, pizzicato, sul pont, spit tongue, flutter and breathy sounds provide the women with a wealth of different guises. They are mercilessly playful, and unlike humans, cannot be broken down.

This is largely a work of contrasts. Paradox is experienced in the very first scene when Hellstenius is tempted to build a tonal “nothingness». Here the songstresses (still not yet given their identities) form in pairs with their own instrument and together sing the phrases they gradually build up, then cut out and start up again, in tune with Løveid’s painfully nihilistic imperative. However, the performers move around while building up this aspect, illustrating that it is hard to be nothing, or no-one.
Contrasts are also found in what on paper reads like a frosty, acerbic script, but whose score on manuscript can be seen as an attempt to create the sound of an emotion. One example of this is how the chilling but also dry words «drip, drip blood» are given a tremulous and clearly terrified sensitivity when Hamlet sings them in falsetto. In another instance, there is the simple, self-evident line: “A river already a river / There’s a river and there’s a river already and there’s already a river…” These are Ophelia’s very first words, which she sings mechanically and desperately with short breaths and in a linear, distorted voice on one note. In this oeuvre, the beginning is the end. It opens with a deadlocked interval, a constrained identity, a person who does not see any way out when met with Løveid’s words. And herein lies yet another paradox. Ophelia breaks out of her monotone and then builds up her lines and expressively begins to convey stories about her life. This expresses the core theme of her disintegration: Death by water singing.