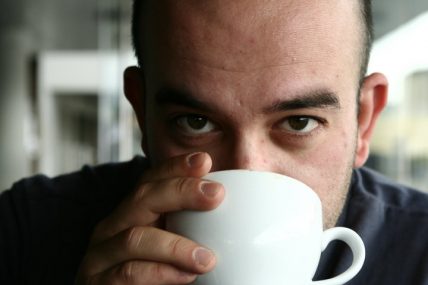 The piece was composed in 1990/91 and the tape part was made in the electronic studio at The Norwegian State Academy of Music. The piece evolves around five harmonic “hollows” (or Søkk in Norwegian). These hollows are easily identified as the five low pitches that the accordion and the tape reaches during the piece. The first hollow ends a long descending harmonic process. Every hollow presents the fundamentals of the harmonic and melodic material that is exposed between them.

The tape and the instrument are exchanging positions towards the harmonic material, sometimes overlapping the same chords sometimes enlarging the harmonic material.The electronic part is exclusively made from recordings of sounds and pitches from the accordion.Different blending and mixtures between the two is the point of departure for the chamber play between the instrument and the electronic part in the piece. The form of the piece unfolds a gradual process where the two sound sources goes from amalgamation and being merged to contrast and being separated.

The piece is in three parts where the accordion and the tape is closely knit together in the first part. In the second part the accordion grows out of this web on its way towards a solo cadenza. The third part presents the two firstly in a web then moves into a fragmented play with contrast between the two. Ending in a large unified static harmonic wall.